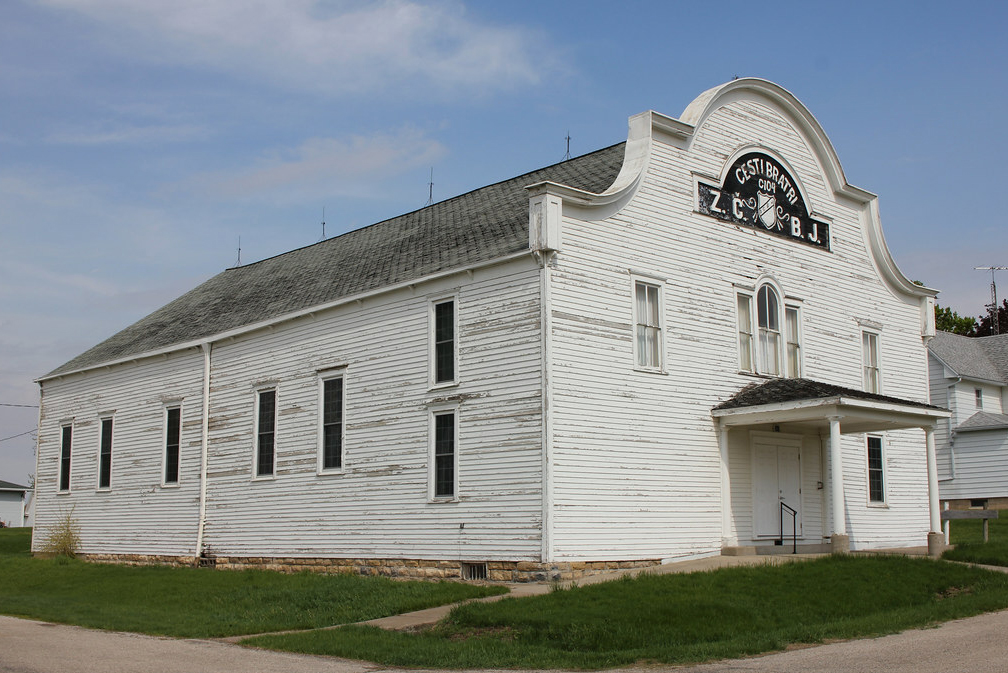 Reports have been received of the tragic events which occurred on Saturday, February 21, in Clutier. It was reported that two young men who had apparently been drinking got into an altercation at the Corwin Restaurant. In an effort to preserve order, the marshal Tom Weaver arrested one of the men, Charlie Krezek, at about 10 p.m. Krezek and three companions had come to Clutier from Traer about 4 p.m. Saturday to take in a dance. They arrived early in the evening, but Krezek had not been at the dance when arrested. The marshal locked him up in the town jail for the night as a dance was in progress at the Bohemian Hall. Presumably the marshal was needed at that location also. 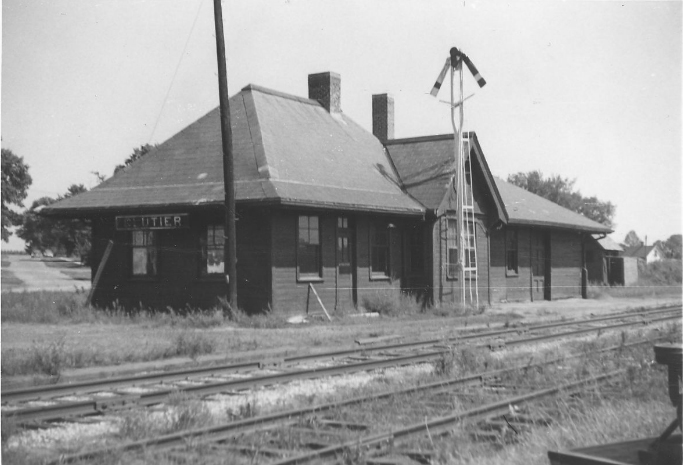 At 11:40 p.m. when the night passenger train arrived, several young men from Traer including Ray McNeal, John Andrews, Louis Caslavka, Wayne Evans and a Mr. Fillersich who were on their way to the dance discovered the jail on fire as it is near the depot. About this time other parties from up town learned of the blaze. All set to work to rescue Krezek who was fast becoming engulfed in flames. Using a timber, the front door was battered down, but this did not liberate the poisoner. There were two rooms in the jail, and he was in the second, behind a door of iron bars which opened outward. In vain did the crowd labor in every effort to batter away this door. In a sad twist of fate, it is reported that Charlie recognized the boys who had come to his aide and they recognized him. He begged them for help in escaping and by all accounts they did all that they could do to help him.

Marshal Weaver had been summoned in the meantime but when he arrived the flames were shooting through the barred door, and he was unable to unlock it. Several attempts were made to break in through the barred window on the north side of the building without success. The fire company was called out and as the village has a good waterworks system water was soon playing upon the flames and the frame of the building was saved although the inside was badly gutted.

As soon as the heat had subsided so that it was possible to unlock the door Frank Roubicek rushed in and carried out the body of Charlies Krezek. Roubicek was overcome with smoke himself and a doctor was summoned to care for him. Krezek had doubtless died of smoke inhalation before the fire reached him. The body was taken to the undertaker's until Dr. Redmond could arrive on Sunday morning.

In April of 1914, Joe Seda of Traer, was awarded a contract to build a new cement block, fireproof, jail in Clutier. This building still stands today.

Several erroneous reports circulated after the event. There seems to be nothing in the story that the marshal could not find the key to the door or that there was a fire in the stove. The blaze started in the room where the poisoner was while the stove was in the first rom. All the evidence indicates that Krezek started the blaze by setting fire to the mattress. It is supposed his idea was to start a fire and call to people upon the street and thus be liberated as he had done this on a previous occasion. He had set fire in a jail in the past and had been able to escape with another poisoner. At that time, he was rescued unhurt and fined $25.00.

On Monday, the 23rd, Dr. Redmond, of Dysart, the county coroner, empaneled a jury and held an inquest. The jurors were Ferdinand Mundt, W.M. Kokesh, and J.F. Kubaleck. A dozen men were called to testify, several being Traer fellows. The jury's verdict was as follows: "we find that said deceased came to his death on February 21st between 10 and 12 o'clock at Clutier, Iowa, by being burned, said fire was in our opinion, caused by deceased. We do further find that he did not come to his death feloniously and that a crime has not been committed on deceased"

The young man whose death thus came so tragically is a son of Mr. and Mrs. Mike Krezek, one of the old residents and well to do citizens of the Clutier neighborhood. He was 24 years of age. He has been employed by various farmers in late years. Since Christmas he has been working at Will Whitmore's four miles northeast of Traer. 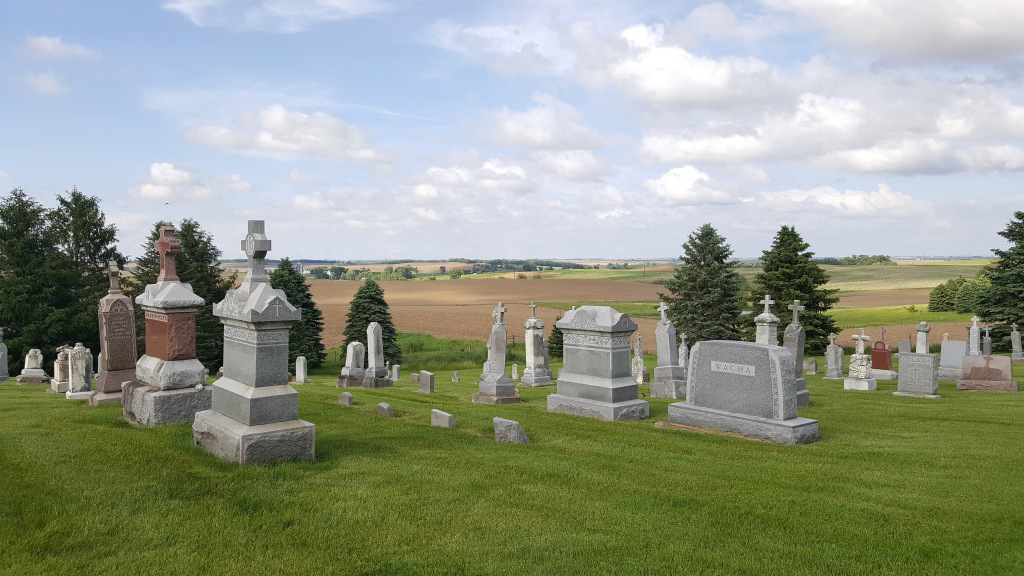 Editor's Note: I was not able to locate the exact cemetery that Charlie is buried in. This is a view from a rural cemetery in Tama County between Clutier and Toledo

The deceased is survived by his aged parents, four brothers and five sisters. One brother, John, lives in Utah and he and his wife were notified and arrived in time for the funeral which was held Wednesday the 25th, forenoon at the home in Clutier. Father Broz of the St. Francis church west of town was the officiant. There was a large attendance of sympathizing friends, whose floral offerings were liberal and beautiful. The body was too badly burned to be shown. Burial was in the cemetery at the St. Francis church.

Clutier was founded in 1900 by a railroad promotor named William E. Brice. The town is named after Mr. Brice's sister and brother-in-law, Bertram and Maude Clutier. It was primarily a Czech settlement. It is home to the last remaining lodge building in Iowa tied to the original Western Bohemian Fraternal Association and is shown in the photo above. Tama County economic development commission

The Commercial Club of Cedar Falls has voted to organize the Cedar Valley District Fair Association which includes memberships from nine nearby counties. Efforts had been made to join this group with the Dairy Cattle Congress, but this met with great resistance from the people of Waterloo. Subscriptions are being sold to fund the organization and sixty acres of land have been purchased near the Iowa State Teacher's College. 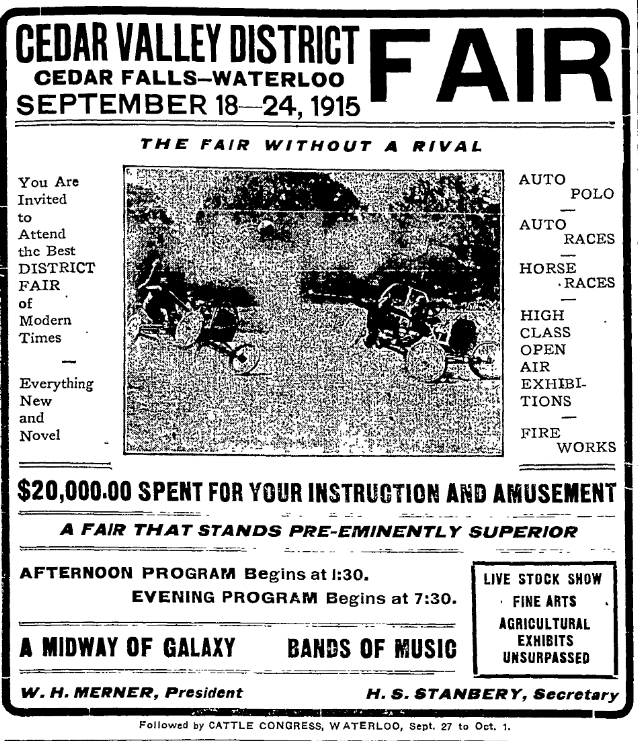 Saturday morning the Meggers Co. Store will open for business under the new firm of McDevitt & Smythe. The store has been closed for the past two weeks and the stock has been gone over and made ready for the sale being launched. The sale will last for thirteen days and the bargains will no doubt be taken quick.

The final test of the electric light plant is being made today. Professor Hill, Dysart's elecctric engineer is here and has been going over the work with the councilmen. The large engine at the plant was not in the best working order a week ago but for the past several days it has been running better, a couple of factory men having had it in charge. The street lights have been working fine lately and we have heard no complaints about the lights in residences.

Olmstead Brothers, Ray and Bob, have purchased the blacksmith shop formerly owned by J. G. Temple and they expect to open for business Monday, March 2.

"Movies" is the sign in front of the electric theater. It is an electric sign placed there Saturday and is drawing a lot of attention. Within a short time we will see more electric signs over the street. Dysart is getting to be some city, if you don't believe it ask us!

Dr. Burns of Traer came down Tuesday morning and vaccinated 23 calves for James Wilson. A number of farmers northeast of town have lost some calves with the black leg and Jim wanted to be on the safe side by vaccinating.

Blackleg or Blackquarter or Clostridial myositis is an acute infectious disease clostridium chauvoei (bacteria) and characterized by swelling, usually in the bulky muscles, severe toxemia, and high mortality rate. The disease is acute, causing fever, and highly fatal in cattle and sheep. Blackleg is a worldwide disease and mainly affects cattle. thevetexpert.com

Henry Schuett Back to U.S.

By the following letter, we learn that Henry Schuett, who has been making his home in Germany for some time has gotten homesick and will soon be in America. "Dear Sir: Will let you know that I am coming back to Iowa. Will leave Hamburg on the 26th of February on the steamer Auguste Victoria, therefore do not send any Reporter to Germany after you get this letter. I got homesick all at once and now there is no place like America. Yours respectfully, Henry Schuett." 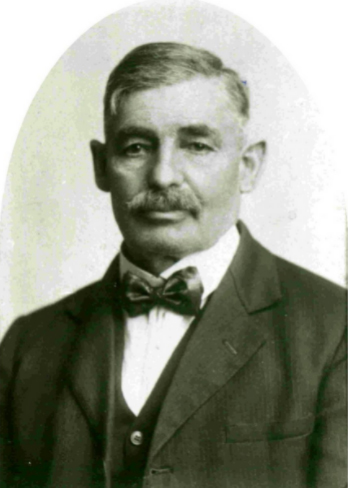 John Krug called in the Reporter office the other day and was telling some of his experiences on his recent trip to Portland, Oregon. He was out there about three weeks and spent the time visiting with relatives and seeing the country. Around where his relatives live, it is mostly timber. Dairying is carried on most extensively. John had a couple cousins interested in large sawmills. The roads there are not worked and are always in bad condition. The timber being so plentiful they use planks to cover the roads, calling such roads "corduroy roads." Now they are graveling some of the main roads, but this proves very slow and expensive. John says the city of Portland is experiencing pretty hard times. Many men are out of work and the men who are steady workers are cut down to three days per week. He says the way the people account for that condition is that the men that do not want work come there to spend the winter where the climate is warm. on account of that the vice districts are overcrowded, and people have to be careful where they are and hang on to their pocketbooks. John said he was very careful and never went out on his own.

Verl Hite went to Waterloo Tuesday morning to have his tonsils removed. He has been bothered with them for some time and expects to get along better without them.

There will be a box social at Bruce Township School Number 9, 6 miles east of Dysart on Friday night, March 6. The program will commence at 7:45 p.m. Ladies please bring supper for two and Gents bring their pocketbooks. Miss Blanche Tharpe, Treasurer. 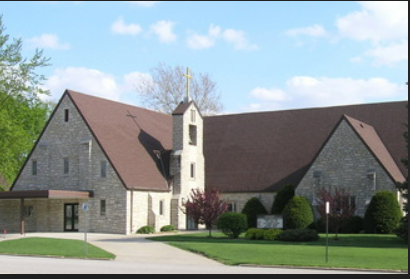 The Evangelical Church building as it appears today. /the church is now known as the Dysart United Methodist Church

Several improvements at the Evangelical church and parsonage which have been in progress for some time are now completed. Electric lights and quarter sawn oak floors were added to the parsonage. Electric lights were added to the church. The ladies aid society sponsored the improvements to the parsonage. The Young People's Alliance paid for the fixtures at the church and the trustees shouldered the rest for the congregation. Semi-direct light is used in the church which is the most practical and up to date now on the market. 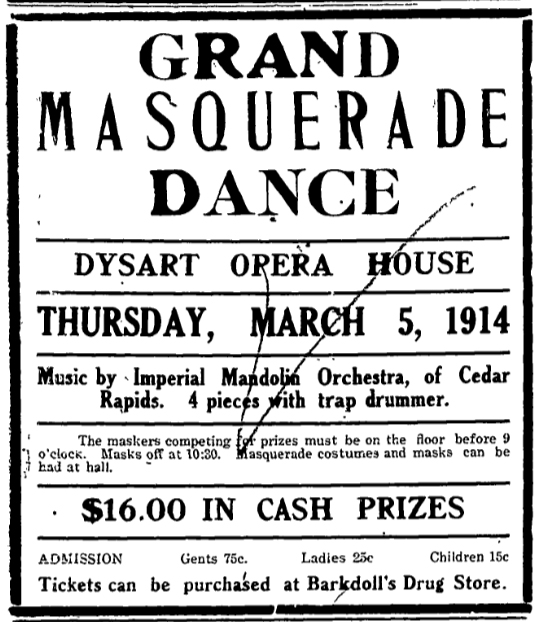 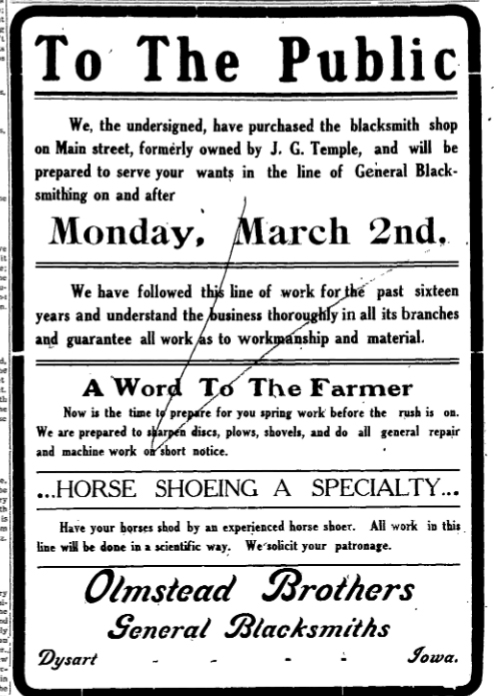